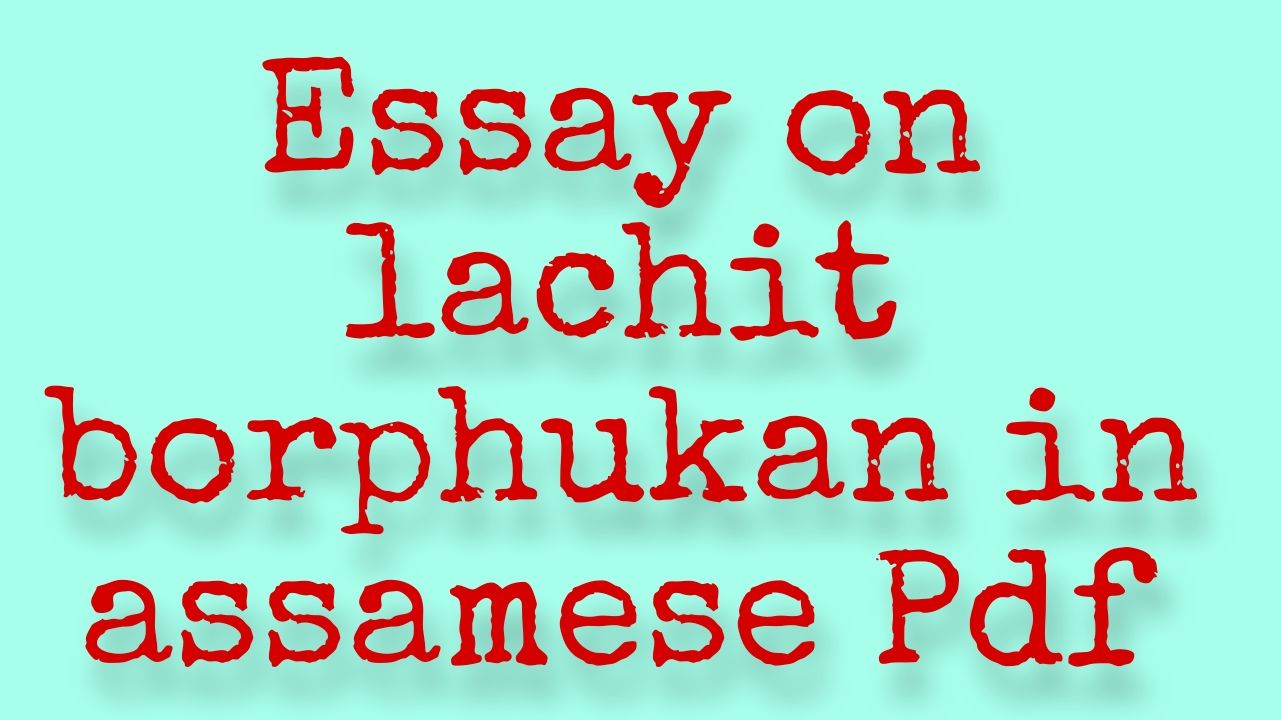 Introduction:- Bir Lachit Barphukan was a great general who fought against the
Mughals. He was born in 1622 in those name Pragjyotishpur. He had a very
successful military career and is credited with driving the great Mughals out of
Assam.

His popularity had increased in the battle of Saraighat in 1671. At that time Ahom king Pratab Singha appointed Lachit Baphukan as the Commander in Chief of Ahom army. The battle of Saraighat, Lachit demonstrated his patriotism and dedication to his. land(Ahom Kingdom). In order to protect his land he even beheaded his own uncle.

biography of lachit borphukan in assamese

He employed his uncle to supervise the construction of an earthen wall for fortification during the preparation for the battle. When Lachit arrived at the work site for an inspection, he found that the work. had not progressed. The barrier was completed within that night but the remains of the fortification are still pending.

When asked for an explanation, the uncle said tiredness of the labours and Lachit got furious at his negligence of duty. Lachit beheaded his uncle with a sword and saying-Dexot koi Mumai Dangor Nohoi (My. uncle is not more precious than my own country). The day before the battle, he erected a substantial boundary of sand and soil to block the road. This was so that the Mughals could be forced to march through the river Brahmaputras water ways. As a result of their excellent naval combat capabilities, flowing streams isolated the Mughals due to mud and mudslides.

There was an advantage for the Ahoms. The climate were more familiar to Ahom soldiers. Mughals suffered heavy loses due to their extensive guerrilla warfare. Ram Singh called these operation thieves affairs. The physicians asked Lachit not to go out on the battlefield at a crucial stage of the battle. This was because he was very ill. As the Mughal army advanced and Lachit health deteriorated, the morale of the Ahom army was also deteriorating.

In the end, Lachit realised that his health was less significant than his duty to
protect his people. Next day, during the final battle. Ahom army at Saraighat on 24 November.

Lachits patriotism, bravery, dutifulness and determination shined in the history of Assam, in the face of apposition from the mighty Manghal army. Lachit also succeeded in restoring and upholding the freedom of his country and people.